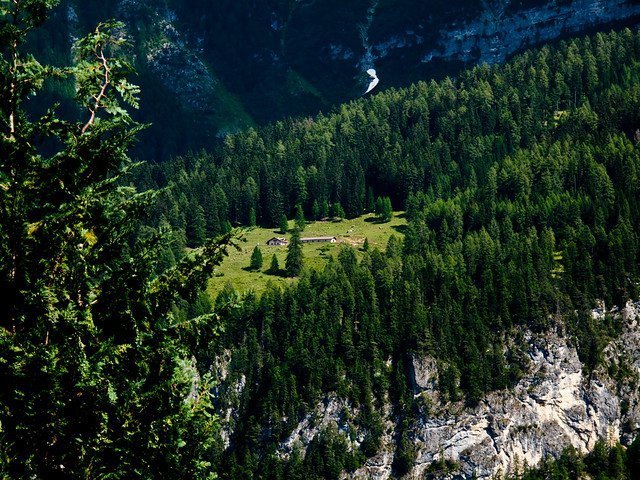 Plateaus of Folgaria, Lavarone and Luserna

An infinite expanse of pastures and meadows, with huts and cottages that peek out in this green oasis marked by remains of human madness such as those of the 1st World War.

It is the perfect synthesis to describe the plateaus of Folgaria, Lavarone and Luserna in a single image.
In particular Lavarone, with the crystal clear waters of its lake, was the first to attract the interest of the Viennese nobility. Folgaria, on the other hand, boasts in its palmares of visitors Cesare Musatti, one of the greatest exponents in the history of Italian psychoanalysis. Lastly, from Luserna, we like to remember the Path of Peace, yet another testimony of the Great War.

The three plateaus geographically belong to the Vicenza pre-Alps, divided between the provinces of Trento and Vicenza. They extend over an area of over 100 square kilometers, with an average height of about a thousand meters. In addition to the countless ski resorts, there are several pearls to admire in this corner of Paradise.

For example, the first appointment not to be missed in Lavarone is a visit to the fort Belvedere Gschwendt.
Structure built for the Austro-Hungarian Empire under the supervision of Lieutenant Rudolf Schneider in the period 1908-1912. The fort is one of the greatest testimonies of the First World War, and despite the numerous bombings suffered by Italian troops in the Great War, the building is still almost intact today, so much so that it was used as a Museum of the First World War . The next opening is scheduled for April 15th.

Still on the militaristic theme, it is worth taking a look at the Thunder Base Missiles, another one-of-a-kind attraction.
The base is an installation dating back to the periods of the Cold War, abandoned in 1978, but which since 2003 has been used as a Memory Park, by way of testimony to the bad relations of those years between the United States and the Soviet Union. For example, some missiles of the time are visible.

Among the scenic beauties, however, it is impossible not to mention the “blue eye” of the Lavarone plateau, or the homonymous lake (Lavarone lake), created by filling a karst sinkhole. The surface is about 6400 square meters, and on the bottom of the lake there are fossils of a fir forest. Its bathing ability makes it open even in the summer season, while in this period some parts of the lake are frozen and allow tourists to skate there.

For those who do not like too many strains, however, there is an easy path that guarantees pleasant walks immersed in nature. Among the admirers of such walks, there was even Sigmund Freud.

For those who are waiting for the white week exclusively to devote themselves body and soul to skiing, one of the best equipped facilities is certainly the Millegrobbe cross-country ski center. Meeting point between the Trentino and Veneto plateaus, about 2 km from Luserna and 12 km from Lavarone, the center boasts over 35 km of slopes.

For families with children, on the other hand, the Forte Cherle cross-country skiing center is ideal. Located about 11 km from Folgaria, the structure has two red slopes of 8 km and 4 km, and an easy (blue) 2 km, and are prepared for both free and classic techniques.

In short, the ingredients to leave are all there, you just have to take your boots out of the closet and go on vacation.