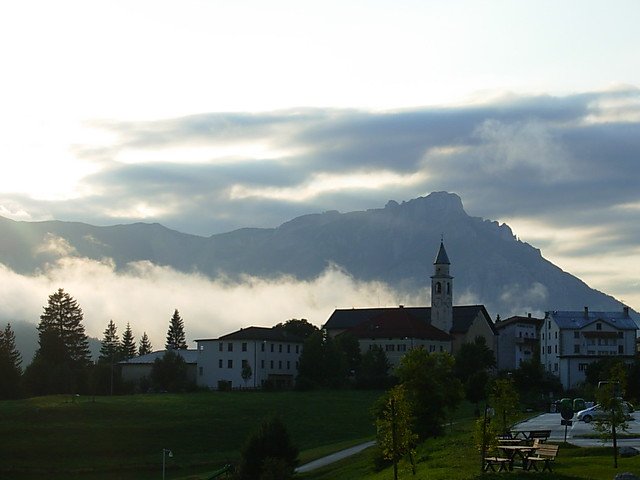 In a virtual ranking of places in Trentino where to go to spend the ski week, the area of Folgaria, Lavarone and Luserna would undoubtedly appear in the first places.

The Lavarone Ski Center boasts 25 km of slopes of all difficulties, on which expert skiers can have fun at will and beginners can instead learn thanks to the numerous courses that are regularly organized. And when there is no snow, in the summer season, there is certainly no shortage of leisure opportunities, with the possibility of trekking and excursions at high altitude.

Location of Trentino Alto Adige located just about twenty kilometers from Trento. It is a pretty town located at an altitude of almost 1,200 meters and surrounded by the woods that characterize the high mountain areas. Destination for visitors from all over Italy and beyond, the Lavarone area is popular with vacationers both in summer and in winter.

In summer, in particular, various opportunities present themselves to tourists who come to this small paradise in Trentino Alto Adige. Lake Lavarone is perfect for those looking for a quiet place to relax and, why not, get some sun in the middle of nature. There are few such uncontaminated places and this lake is equipped even for those who intend to devote themselves to fishing. But even art and history lovers certainly have no way of getting bored.

Among the many attractions, one cannot fail to mention the famous Fort Belvedere Gschwent, a structure that dates back to the First World War and which houses the museum dedicated to that conflict that saw these border areas fully involved in the clashes. After all, the forts of the First World War are the pivots around which one of the most interesting itineraries in the area revolves. This is the Cento Kilometer de Forti, a route that must be done by mountain bike and which winds through the plateaus of Folgaria, Lavarone and Luserna. The landscape that you cross is beautiful and the historical testimonies that characterize it are really numerous. Furthermore, the possibility of refreshment along the route is never lacking, thanks to the presence of numerous shelters where it is possible to stop and eat some of the typical dishes of Trentino Alto Adige, such as polenta, speck, dumplings and local cheeses.

If these are the opportunities for the summer and autumn season, it goes without saying that in winter the landscape of the Lavarone area changes completely and the snow that covers it becomes in turn the main attraction for the many tourists who come here to dedicate themselves. to skiing. The area is really well equipped, with numerous ski lifts that allow you to easily reach the slopes. In addition, when natural snow is not available, specific systems come into operation which, with artificial snow, still guarantee the possibility of skiing. And then, one thing that is never lacking in winter in high mountain areas is skating. Indoor or outdoor tracks in built-up areas allow adults and children to have fun on skates and for those who do not have a pair, no problem, because they can be rented!