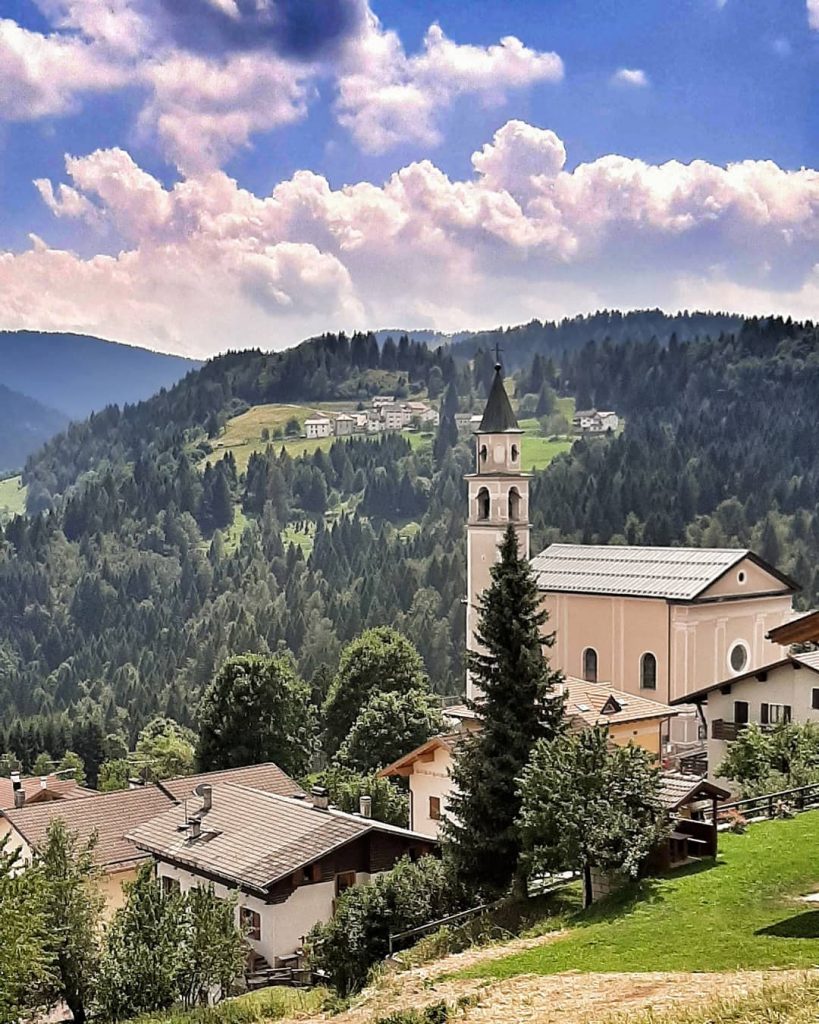 Luserna, an area of Cimbrian origin with less than 300 inhabitants, together with the neighboring towns of Folgaria and Lavarone, constitutes the district of the Altipiani which is located in the Vicentine Alps, near the Altipiano dei Sette Comuni.

Luserna is the community to which a large part of the territories of the Highlands belongs and has the typical appearance of a high mountain village, not surprisingly in fact it rises beyond 1,300 meters above sea level, but despite this, arriving in the village does not present any difficulty in locating the area: you are in fact about twenty kilometers from the Brenner motorway, not far from the Bolzano and Verona airports and the station Rovereto railway.

The small town of Luserna has the typical appearance of a Strassendorf, that is, a village that has developed around a road, but a little further upstream from the built-up area there is an area where small groups of houses called Hüttn (huts) rise and in a nearby valley three other small inhabited areas: Case di Sotto (Untarhäusar), Case di Sopra (Obarhäusar) and Galen (Galen).
It is easy to notice that the language of the town is not Trentino, in fact we are in a Cimbrian linguistic island and most of the population still speaks this dialect of ancient Bavarian origin.

In winter, the main attraction of this village are the ski slopes which are located in what is called the Skitour dei Forti and which present different degrees of difficulty to satisfy experienced skiers and beginners. There are also numerous cross-country trails and there are plenty of ideas for walking with snowshoes on your feet, it is also possible to practice orienteering skiing and there are also sledges and snow parks.
The white week in the Cimbri Highlands is certainly not characterized by boredom and when you take off your boots you can walk, shop and spend happy evenings in the various clubs in the area where there is never a shortage of live music, but also cabaret shows and various entertainments.
We must certainly not deny a dip in the gastronomic specialties of Trentino and in the restaurants of Luserna you can taste the canederli in broth or dry, the famous polenta and many dishes based on typical cheeses and speck.

During the summer Luserna lends itself to beautiful and long walks in the woods, to excursions to mountain huts and pastures and there are numerous routes to admire the splendid Trentino landscapes, but you can also devote yourself to history and culture by reaching the Forte Luserna, built by the Habsburgs at the beginning of the twentieth century to defend their borders from the Italians. Powerful, so much so that it was considered a model of military architecture of the time, it suffered neglect and neglect for decades, but now it has been recovered and can be visited. This building was the scene of the first battle of the First World War (from 25 to 28 May 1915) which ended with the surrender of the Fort and, in memory of those tragic moments, the war cemetery of Costalta welcomes the bodies of the fallen.
The Haus von Prükk House Museum, on the other hand, represents the typical Cimbrian house of the early nineteenth century and it contains all the objects that have characterized this culture.