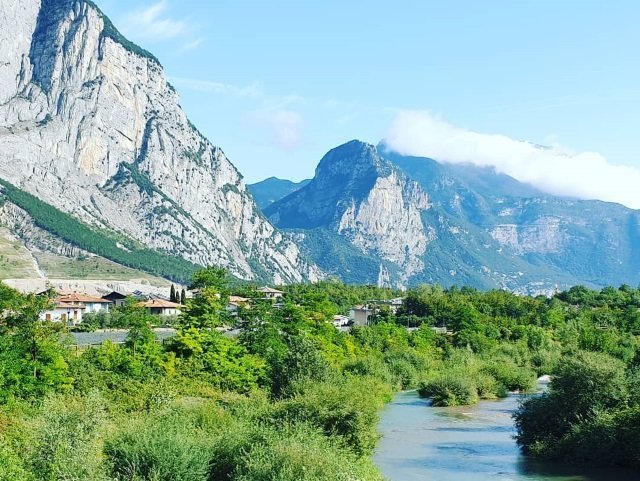 The municipality of Dro is a center of about 4500 inhabitants which is part of the Alto Garda and Ledro district.

Located between Lake Garda, Cavedine and Toblino, Dro represents one of the oldest settlements in the Sarca valley.
The whole town is in fact characteristic for its stone portals, as well as for the towers and arches that overlook the irregular streets of the historic center: the medieval origin is perceived at every corner.
The deconsecrated church of Saints Sisinio, Martirio and Alessandro, as well as the church of S. Antonio in baroque style, the Roman bridge of Ceniga and the Guaita tower represent points of appreciable cultural interest.

Dro is located in a beautiful and varied natural landscape, which passes from alpine green to the almost desert shades reached by some areas.
In fact, near the inhabited center there are the fascinating ones Marocche, huge rocky blocks of glacial origin, which, with their 187 million cubic meters, represent an autonomous biotope and constitute the largest in all of Europe; the rest of the area is mainly cultivated with orchards or vineyards, producing the best Vin Santo of the area as well as the famous ones prugne di Dro.

The area is also interesting for mountain sports such as free climbing and climbing in general, as well as for the great variety of excursions possible both by bicycle and on foot.

In more recent years, Dro has become a place of considerable artistic value, hosting annually, in the Fies hydroelectric plant, the beautiful Drodesera Festival in collaboration with Enel, always accompanied by interesting artistic experiments and events of international importance.