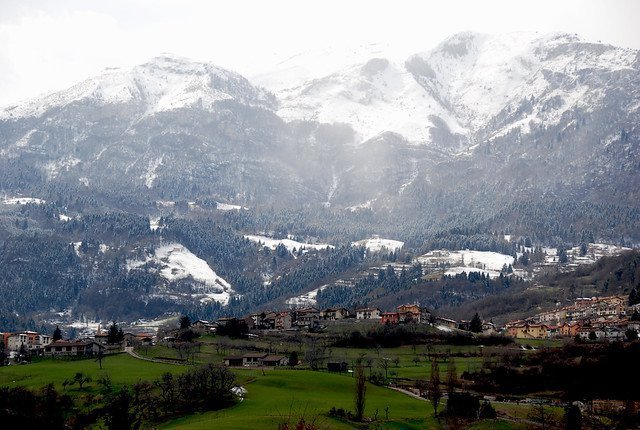 Brentonico is therefore the ideal destination for tourism throughout the year, as it reflects all tastes: you can practice sports, deepen your historical knowledge, stay in contact with nature and experience unforgettable moments.

Brentonico is a town of just over three thousand inhabitants in the province of Trento, located in the area between Rovereto and Vallagarina, which takes its name from its particular basin shape, which in dialect is called “brenta“. The municipality is made up of several hamlets, quite distant from each other.
The origins of Brentonico date back to before the Middle Ages.
Thanks to its particularly elevated position, from Brentonico you can admire the whole panorama that goes from the Dolomites to Lake Garda.
The largest number of tourist facilities are concentrated in the area between Polsa, San Giacomo and San Valentino.

Walking through the Brentonico plateau you can admire specimens of preglacial flora, one of the greatest attractions of the place for nature lovers, together with war itineraries and artistic itineraries that include a visit to several churches and a crypt dating back to the seventh century.
The so-called Path of Peace is a path that allows you to cross some areas that formed the scenario of the First World War. The trip, which lasts about three hours, in addition to visiting the areas of the anti-aircraft batteries and the large water collectors that were built by the military, allows you to admire the views of Vallagarina, which extends from Trento to south of Verona and the Dolomites.
Autumn is the ideal season to admire the chestnut groves of Brentonico, as the hills are still warmed by sunlight. During the first part of the route you will come across some information boards that aim to make tourists aware of the history of the area, as well as the fauna and flora present. Every October the association that protects the chestnut groves organizes the brown festival to promote and sell this local product.
A little more than ten minutes walk from the center of Brentonico it is possible to reach the ruins of the castle of Dosso Maggiore.
Inside another fortress, Castel Majori, it is possible to stay, enjoying a special atmosphere due to the historical background, of romanticism combined with style, of an internal garden where you can spend unforgettable evenings.
In Brentonico numerous activities and events are organized throughout the year, both to attract tourists and to promote the area and entertain people belonging to all age groups.
At the beginning of summer, in the month of June, the appointment with the Cheeserolling sports competition is renewed every year, during which the participants undertake to follow large cheeses that roll along the slope of a mountain.
In winter, however, the event called Golosa Neve takes place, during which the days spent skiing are interspersed with tastings of local products offered in the various mountain huts in the area.
In autumn, as mentioned above, the chestnut festival takes place.
Furthermore, on an annual basis, the organization of the Soldanella Choir promotes a festive competition that involves the alpine choirs of the area.