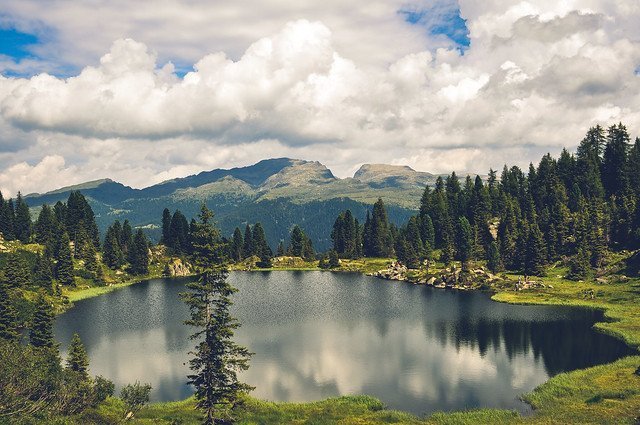 Located in the eastern part of Trentino, near the Dolomites, San Martino di Castrozza, Passo Rolle, Primiero and Vanoi are the flagship of Trentino.

San Martino di Castrozza is a real “Alpine capital”. Protected by a dense coniferous forest, it is located in the Primiero valley in eastern Trentino and boasts over 45 km of slopes, both downhill and cross-country.
Like a queen, San Martino boasts a crown (metaphorically speaking) of all respect, such as the Pale di San Martino, a Dolomite plateau over 10 km long and high between 2500 m and 2700 m, where in addition to winter sports it is possible to practice some famous routes Trekking or visit the natural parks.

Ideal for snow lovers thanks to the presence of numerous ski facilities, the famous Passo Rolle, a pass almost 2000 m high that connects the Primiero valley with that of Fiemme. Passo Rolle also boasts, like other valleys in Trentino, numerous trenches testifying to the First World War.

Remaining at high altitude, the Lagorai mountain range is another flagship of eastern Trentino and owes its name to the numerous lakes present in several points of the chain. Lagorai is the ideal place for trekking lovers, and is in fact an integral part of the famous Trekking delle Legende.

The Trekking delle Leggende is a route in stages scattered throughout the entire Dolomite panorama, organized by a team of experts, which over the years has then had various variations, linked to the different organizing bodies. The route is about 200 km long, with a difference in height between 200 meters and 1600 meters, depending above all on the level of physical preparation of the participants.

Nature is at home in the Paneveggio Natural Park, the natural park of the Eastern Alps which extends for over 19 thousand hectares, recognized by Unesco as a World Heritage Site. The park also has a library, inside Villa Welsperg, dedicated to Dino Buzzati, the late Corriere della Sera writer and journalist, who was a regular visitor to the park in his lifetime.

For lovers of good food, there is something to mouth-watering in the Primiero valley. The area boasts a great dairy tradition, especially cheeses, where the spearheads are Toséla, a fresh cheese made from cow’s milk that must be consumed within a few days of production, and Nostrano di Primiero, a mature cheese. Remaining on the table, another dish for gourmets is certainly the carne fumada di Siror, spiced roast beef left to rest for over a month, and the Lucanica Cauriota, pork sausage that can be tasted both fresh and smoked.

That said, any comment is superfluous: San Martino di Castrozza, the Primiero Valley, and the Vanoi Valley, are paradises where relaxation is guaranteed, ideal for recharging the batteries increasingly worn out by modern life.