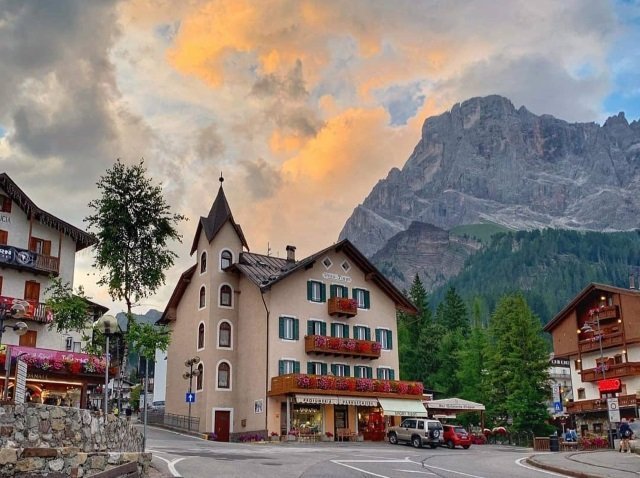 Among the various tourist realities that Trentino offers, San Martino di Castrozza is one of the most attractive for those who prefer winter holidays, but it is also famous for relaxation and summer landscapes.

The locality has about 600 inhabitants and is divided into two municipalities: that of Siror regarding the western part and the municipality of Tonadico of which the eastern part belongs. San Martino di Castrozza has very ancient origins and owes its birth to the hospice of San Martino and San Giuliano, a religious body that housed travelers from those Alpine areas.
Located at 1450 meters above sea level, the town is located in the Primiero Valley, a vast green basin surrounded by a forest of conifers and suggestively dominated by a group of Dolomite peaks called the Pale di San Martino.

The main attraction of the Trentino resort is certainly of the ski type, in fact among those of the Carosello delle Malghe and those of Colverde can count as many as 45 kilometers of slopes, furthermore for those who love cross-country skiing, it is impossible not to visit the expanse called Prà di Nasse where some rings suitable for the discipline wind.
There are 2 accesses to the Carosello delle Malghe, one is located about a kilometer downstream of San Martino, where the new Tognola cable car is located, while from the western part it is possible to use the Ces chairlift. The reasons for the success of this ski resort are certainly the excellent conditions of the tracks, which are always well covered with snow and the climatic conditions that guarantee snow and sun until the afternoon, complete the efficient and fast systems to reach the peaks. On Alpe Tognola there is also space for snowboarders, where there is a fun snow park.
Other facilities also equipped for night skiing belong to the Colverde area, which can be easily reached via the Colverde cable car. Also in the eastern area of Colverde branches off the Rosetta cable car which takes its name from one of the peaks of the place which, with 40-seat cabins, climbs up to the Altopiano delle Pale, a suggestive and enchanting place, ideal for those who prefer excursions.
But San Martino is not just skiing, even here the culinary art has to offer its specialties, typical of the area is the tosèla, a fresh cheese produced with freshly milked milk to preserve the fragrance of high altitude herbs, which is served hot accompanied by polenta, mushrooms and sausage.
For those who love rest at high altitudes, we recommend welcoming and well-equipped shelters located between 1500 and 2000 meters, where various paths branch off, accessible to those wishing to immerse themselves in the beauty of the Dolomites, which in the summer find the attention of trekking fanatics.