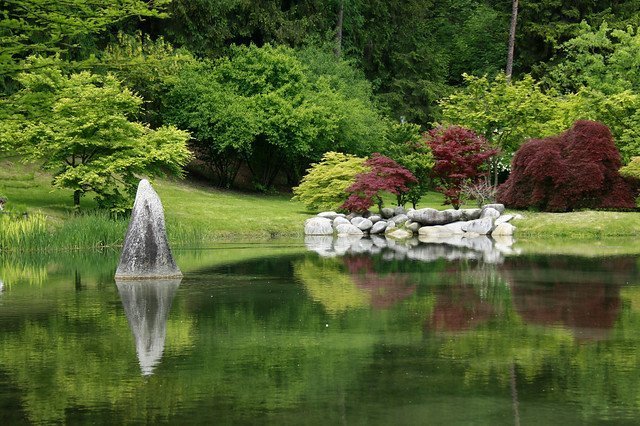 The Brenta Dolomites are a mountain range that is part of the Rhaetian Alps, an area included in the Adamello-Brenta Natural Park. Much loved by hikers and mountaineers for the variety of landscapes offered, these mountains have the characteristic of turning pink at sunset, thanks to their limestone (dolomitic) composition.
But Trentino is not only nature and sport, but also relaxation and health, which you can enjoy by visiting the famous Terme di Comano.

Located in south-western Trentino, on the Brenta Dolomites, behind Lake Garda, the Terme di Comano exploit the virtues of the waters, already known to the Romans, which flow at 27 ° rich in bicarbonate-calcium-magnesium, unique in Europe especially for skin care. In addition to spa treatments, in the establishments it is possible to take advantage of aesthetic treatments in the wellness center, which offers paths to tone both the body and the mind. The area around the spa is made up of a park surrounded by greenery, where even the elderly and children can relax and benefit from the purifying climate given by the mountain air.

The area surrounding the Brenta Dolomites, however, offers other interesting opportunities for vacationers, such as unmissable visits to medieval castles and villages. One of them is San Lorenzo in Banale, known as one of the most beautiful villages in Italy where you can taste the ciuiga, a particular salami with turnips, to which a festival held in autumn is also dedicated. A few kilometers from the town, there is Lake Nembia, an excellent example of eco-sustainable tourism thanks to the presence of the WWF Oasis. The small basin, only four hundred meters long, has a circular route around it that illustrates the surrounding flora and fauna to visitors.

For history lovers it will be fascinating to visit the archaeological site of Flavè, a World Heritage Site according to UNESCO, where you can admire the remains of stilts from more than 3000 years ago. Discovering the museum dedicated to the site will be like taking a journey back in time to the Bronze Age.

Another noteworthy museum is the Ecomuseo della Judicaria, a project aimed at safeguarding the territory, enhancing its natural heritage. In fact, the Ecomuseum preserves the traditions and culture of the indigenous peoples, whose peculiarities can be discovered through thematic itineraries dedicated to art, archeology, gastronomy or spirituality.

Among the castles, the Castle of Stenico is certainly worth a detour, located in the Brenta Park, which dominates the valley from a spike of rock. The fortress can be visited from within its walls, where you can admire not only the reception rooms, but also precious remains of Romanesque painting.

This and much more offers the great Adamello-Brenta Natural Park, home of the brown bear, of the legendary monumental trees, of the rare ibexes and of the typical alpine vegetation, fragrant despite making room among the icy rocks.