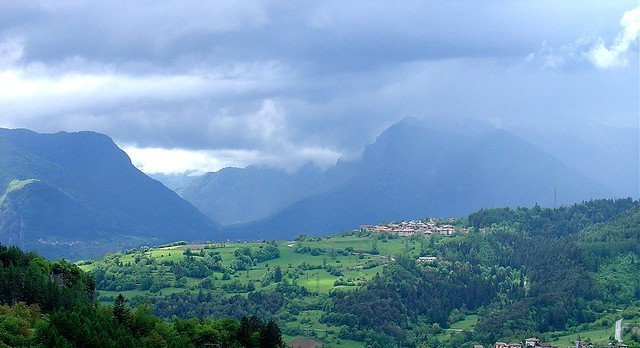 San Lorenzo in Banale is a small town in Trentino Alto Adige located in the province of Trento.

The area is that of the famous Terme di Comano, a spa particularly renowned for the treatment of skin diseases. From San Lorenzo in Banale it is easy to reach the Brenta Dolomites, an area particularly suitable for both climbing and hiking. The Brenta Dolomites, in the southern Rhaetian Alps, are full of attractions for mountain lovers. The village of San Lorenzo in Banale, which does not even reach 1200 inhabitants, is a small town located right in the area of the Brenta Dolomites. You can therefore stay there at not prohibitive costs and use it as a base to move around in the immediate surroundings, which are really all to be explored.

San Lorenzo in Banale is not located at a very high latitude. With its 800 meters above sea level, in fact, this village maintains a climate that is not too harsh and it is pleasant to stay there even in winter. It is about 40 km from the city of Trento and by car it takes just under an hour.
Inhabited since Roman times, the village became part of the famous Giudicarie in the Middle Ages and during the First World War it found itself directly involved, losing many of its inhabitants, especially young people.
Today the village of San Lorenzo in Banale stands out not only for the peculiarity of the buildings that characterize it, but also for the wide diffusion of craft activities with a long history. For example, a salami typical of this area of Trentino, which takes the name of ciuìga, was invented here many years ago. The recipe is very special, just think that it even contains turnips! Indeed, in honor of this salami, a specific festival is organized every year in the town (the ciuìga festival).
But beyond the delicacies of the small food industry of the village, certainly the most attentive tourists cannot help but dwell on what are the traces of the origins of San Lorenzo in Banale. These are the so-called Villas, seven to be exact, from the union of which the small village originated.
Characteristics are precisely the buildings that you encounter while walking through the streets of the town. These are houses whose origin is immediately recognized, linked to the agricultural activities of the place.
Necessarily a part of those houses was reserved for the tool shed, as well as the stables, and only one floor of the building was intended as a real residence. Walking along these streets, therefore, you can fully immerse yourself in the atmosphere of the past and in a certain sense retrace the history of San Lorenzo in Banale and its inhabitants. The churches are also worth a visit, such as that of Sant’Apollonia, small but very characteristic, which dates back to the 17th century.
Outside the town, Lake Molveno is one of the most sought after attractions and is really a few kilometers away. Also for a visit to the Adamello Brenta Natural Park, San Lorenzo in Banale is an excellent base and for those who want to ski, several stations can be reached from here, in particular that of Andalo, certainly the closest among all. .