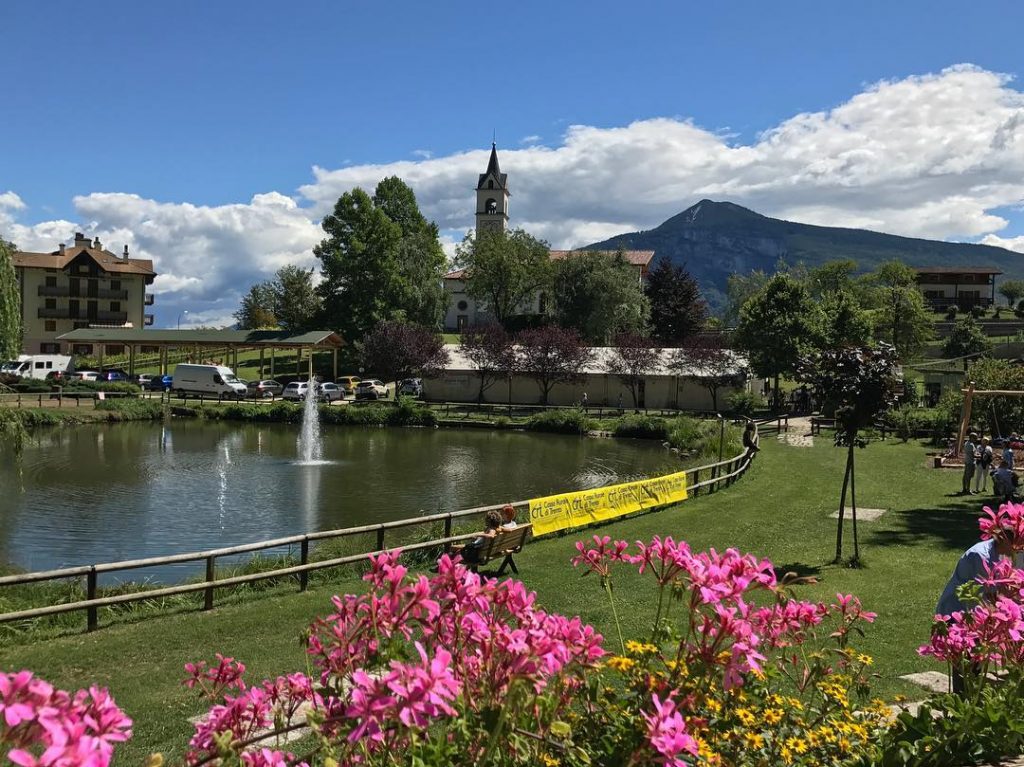 Town of about 400 inhabitants located at 800 meters above sea level on Mount Bondone.

The town of Garniga Terme is well known due to the presence of its very particular spas, which offer the possibility of treating their visitors with the technique of phytobalneotherapy, or “grass baths”.

Born as an evolution of the traditional “hay bath” technique; phytobalneotherapy arises directly from the wisdom of mountain farmers and the prudent use of medicinal plants, which arise in abundance on Monte Bondone. The curative capacities of the therapy are born in fact from the very diversified therapeutic flora present on the magnificent plateau of the Viote, located in the middle of Bondone.

The treatment is particularly recommended for pain and stiffness of the bone and joint, as well as muscle type, such as spasms, arthrosis, carpal tunnel syndrome and numerous other pathologies of the same type.

Garniga Terme is surrounded by vast coniferous forests, as well as by various mountain peaks.
From the town there are numerous paths that lead both to the Bondone plateau and its Three Peaks, and to the surrounding areas.

Both because of the particularity of the spa treatment offered and the magnificent surrounding nature, Garniga terme is a place popular with tourists.
It should be added that the spa is currently closed due to a thorough restyling that will see its end in 2014.