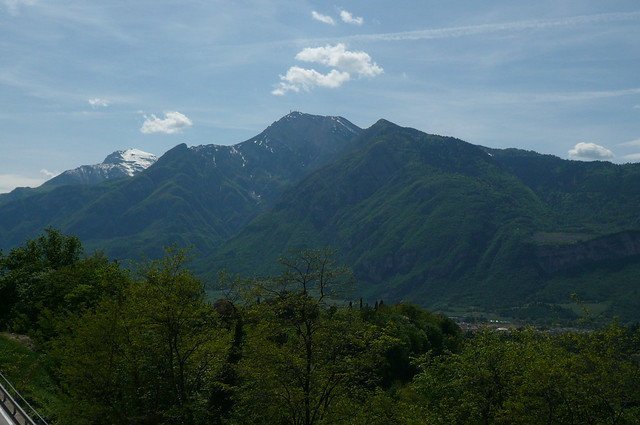 The proximity to the inhabited center and the altitude of the mountain complex (the highest peak reaches about 2200 meters) make the panorama offered absolutely spectacular.
The possibilities offered by the mountain are many: from mountain climbing routes to rock climbing walls, from horseback riding to hang gliding flights. Mount Bondone is also renowned for its 19 well-equipped ski slopes, covering a length of 20 kilometers, as well as for the rich possibility of excursions to the mountain range that crowns the Viote plateau.

The mountain massif sees in its center, at about 1500 meters, thealtopiano delle Viote, circondato da quattro cime: il Monte Palon, which, with its 2090 meters directly overlooks the the city of Trento, as well as the real “Cime del Bondone “, as they are commonly called: Monte Cornetto (2180 meters high), Cima Verde (2102 meters) and Doss d’Abramo (2140 meters), constituents themselves a protected natural area.
From Viote, located in the plateau of the same name, it is possible to follow a beautiful itinerary that will allow you to visit the three peaks of Bondone (Cornet, Doss d’Abramo and Cima Verde); the path develops in a circular way, and branches out in such a way as to offer more types of routes according to different degrees of difficulty.

The area is not lacking in historical significance: the famous ski slopes of Monte Bondone saw in 1934 the first ski lift in all of Europe, functioning at the time as a sledge lift.
At the base of the mountain there was instead an important shooting range, used first by the Border Guard and then by the Alpini Arrest, currently in disuse; the old structure, however, has been redeveloped through the construction of an observatory.

On Monte Bondone the Integral Natural Reserve and the Alpine Botanical Garden are also accessible, places where it is possible to admire the great variety of flora and fauna present in the Alps; in the second, in particular, there are over two thousand plant species from all over the world.