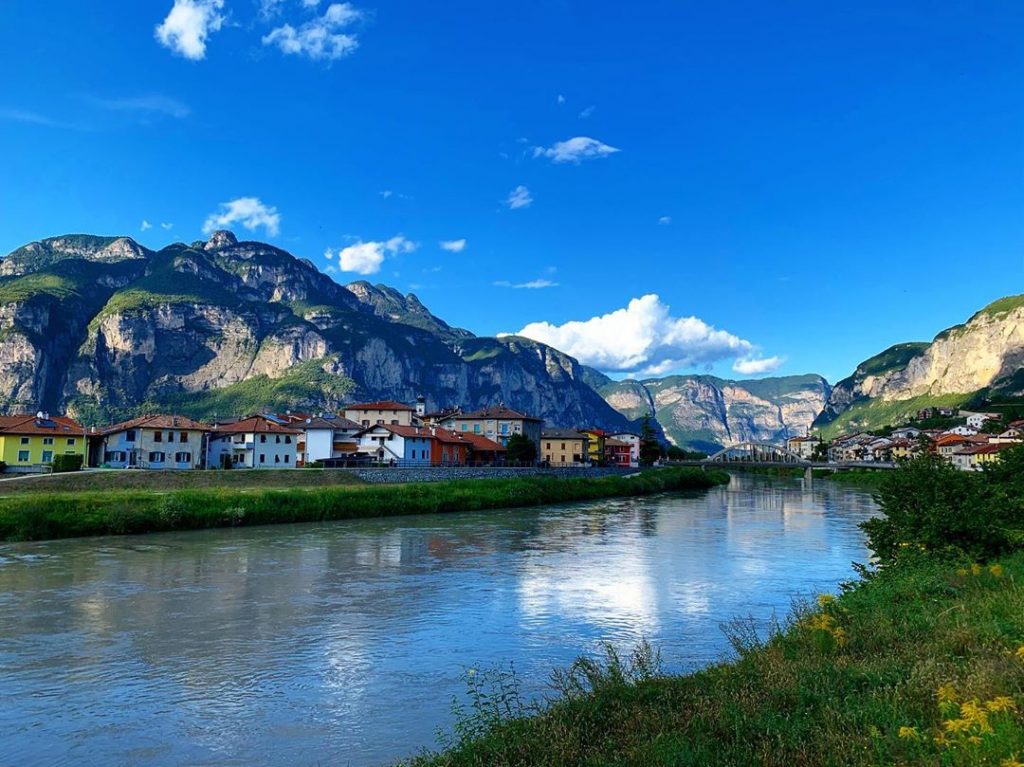 San Michele all’Adige has deep roots in the Trentino area and a history that dates back to 1144. It is located at 220m above sea level and is located about fifteen kilometers north of the capital, Trento.

San Michele was founded by the counts of Appiano, at the foot of the monastery of the regular Augustinians, monks who were inspired by the ideal of life of St. Augustine, or who put into practice the project of community life already practiced by the first Christians of Jerusalem.

Anyone passing through San Michele all’Adige must absolutely indulge in a visit to the museum of the uses and customs of the people of Trentino, founded in 1968, which with its rooms rich in history, will be able to transport you into the life of the Trentino people of the last centuries, passing from historical clothes to tools used many years ago to cultivate the first fields.
San Michele, crossed by the Romanesque Via Claudia Augusta, has always been a territory of passage. In fact, there are testimonies dating back to June 1492 when the Venetian ambassadors, on their way to the court of Frederick III, stopped in the Osteria al Leone, still today a meeting place of the town with interesting German Gothic paintings of the late 1400s.
Next to the ancient Augustinian convent stands the church dedicated to San Michele Arcangelo, with the interiors lavishly decorated with stuccoes and frescoes, and it is certainly a place worthy of a visit.
Being on the old confluence of the Noce stream into the Adige, San Michele has always been an important port for timber trading (coming from the nearby Val di Non), moreover the provost ran a ferry for the transport of people and things to improve transport and the ancient mobility. In the last two centuries, several places have been built that have characterized the town, until the 1930s tolls were applied for the passage. Today the bridge that connects San Michele all’Adige to its hamlet of Grumo (built in the Fascist era) is considered one of the symbols of the town.

An important role for the town of San Michele is covered by the Agricultural Institute founded by Edmund Mach in 1874, a school of national importance famous for education and research. Definitely worth visiting is the nearby castle of Monreale, built around 1200 and then revised and updated over the years, today private property but with the possibility of visiting.
The cycle path that runs along the Adige river connects Austria with Verona and therefore allows long rides away from the normal dangers of the road. We also advise you to visit the cellars in the area, since the Piana Rotaliana, where San Michele is located, is a land suited to agriculture and particularly viticulture. You will certainly be able to taste products of the highest quality such as Teroldego Rotaliano and Trento DOC classic method sparkling wine.