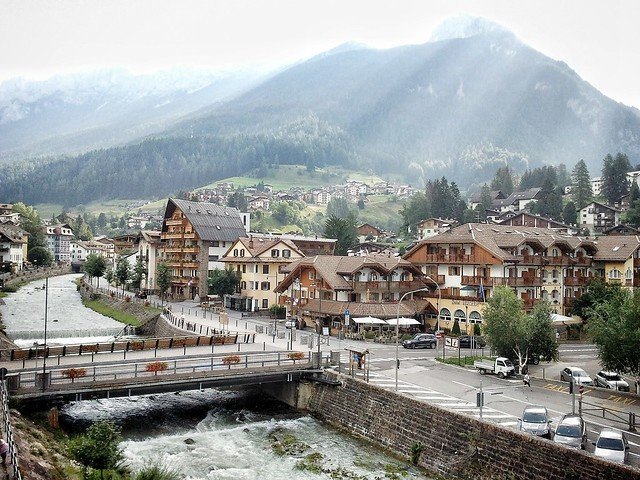 Moena, the fairy of the Dolomites

Moena is one of the most beautiful tourist resorts in the Val di Fassa. Located right in the heart of the Dolomites, the town offers tourists an impeccable welcome.

An offer of services designed specifically for families and children are complemented by some of the best ski resorts and facilities in the Alps and the Dolomites. Numerous events also animate Moena in every season of the year and allow visitors to make their holiday even more active, including cultural initiatives, music evenings and culinary reviews. It certainly cannot be a coincidence that Moena has been defined as the “Pearl of the Alps“, as well as the “Fairy of the Dolomites“. In fact, the beauty of this place is quite rare.

Located in the Val di Fassa, in Trentino Alto Adige, Moena is one of the most renowned ski resorts in the Dolomites. Here, in fact, fans of this sport can find all the services at their disposal, from the ski lifts to the ski buses that have been designed to connect Moena with the Trevalli Ski Area, which includes the San Pellegrino Pass, among others. This area is part of the wide circuit of the Dolomiti Superski, which includes numerous slopes including the lifts of San Martino di Castrozza / Passo Rolle, Cortina D’Ampezzo, Val di Fassa / Carezza, Val Gardena / Alpe di Siusi.

The Val di Fassa, however, should not be seen exclusively as an area where to devote oneself to winter sports. The entire valley, in fact, is rich in traditions on which it would be a shame not to dwell. Let’s take the gastronomic aspect, for example. Barley soup, mushrooms, polenta, local cheeses and apple strudel are just some of the culinary specialties that can be tasted in the many restaurants of the city.

In any case, those who stay at the Pearl of the Alps cannot help but notice one of the most interesting features of Moena, namely its livability. Walking through the streets of the center among the shops is always a pleasure, especially in those hours of the day when it is closed to car traffic and tranquility reigns supreme. Whether you want to experience it on foot, or even better on the saddle of a mountain bike, Moena always knows how to offer the best to its tourists.

Stopping more than a few days in Moena can also be an excellent opportunity to dedicate yourself to visiting the surroundings of the city. In less than an hour and a half, for example, you can reach both Trento and Bolzano, both of which deserve to be visited. Those who want to stay nearby and do not want to go too far, can instead reach Passo Sella, or that of Pordoi, both located within a radius of 30 km from Moena.
However, there are two tourist locations of major interest in the area. The first is the top of the Marmolada, reachable by a cable car that rises sheer to the mountain, and the other is the characteristic Lake of Carezza, a body of water immersed in the woods within the Val d’Ega. The lake is so beautiful and fairytale that a legend has even developed around it that would have it inhabited by a nymph named Ondina.