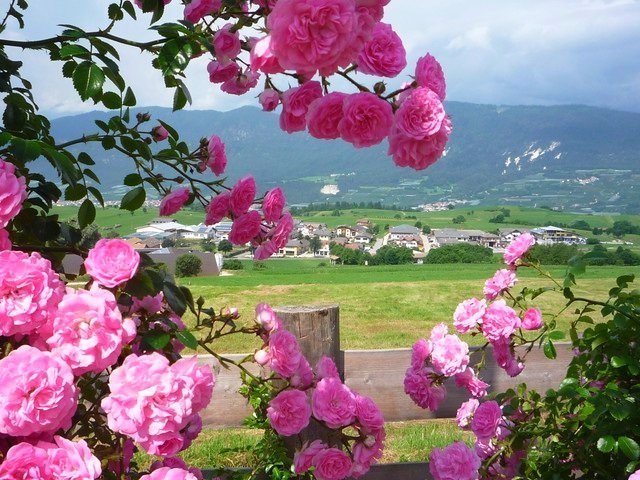 Ronzone is a town of about 400 inhabitants located in Val di Non, with the particularity of being always exposed to the sun.

The tourist history of this country began over a century ago with the opening of the first hotels, including the “Regina di Bosco” which is still one of the most popular structures today, and which was the hunting lodge of the Habsburg Court.

The Regina di Bosco residence was built following a hunting trip in 1883, when Francesco Giuseppe, enchanted by the beauty of the place, decided to build a building.
It was not until 1921 that the residence became a hotel, and is currently one of the favorite destinations for visitors to the area.

The town sees a modern church in Romanesque style at its center, built a short distance from the original building; located between the churches there is a 17th century chapel in which it is preserved Cristo alla Colonna, an artistic production in wood and life-size by the Cavalese School.

From the inhabited center of Ronzone it is possible to leave for many excursions by bicycle or on foot on the nearby Anauni Mountains, as well as pleasant walks in the woods towards the localities of Cavareno, Ruffrè and the Rules meadows. For golf lovers, we would like to point out the proximity of Ronzano to the fields of the Dolomiti Golf Club.

The town also offers several museums such as the Museum of Uses and Costumes of Anaunia and that of Vintage Postcards and Collectibles.

Recently the place has been the object of attention as promoter of the Biennial of Philosophy, an event that has met with great success among the public and which has seen great participation of speakers and journalists from all over Italy.

As for the winter period, the ski resorts can be easily reached, the closest are located in the Folgarida-Marilleva area or on the nearby Penegal.