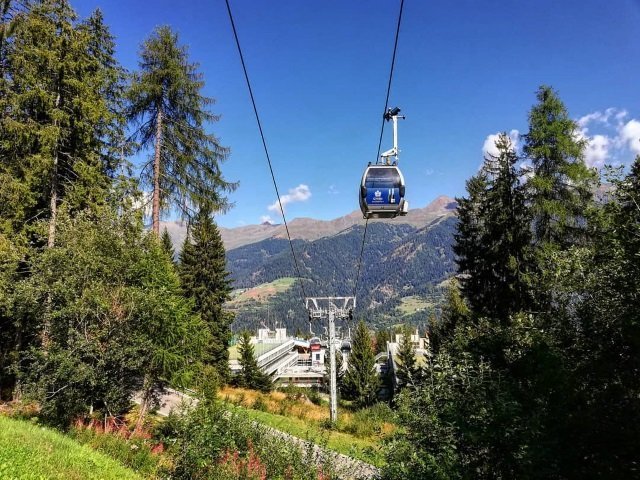 Marilleva, as well as the “sister” station of Folgarida, was born in the late 60s as a ski and hotel-residential center due to the tourist boom suffered by the Val di Sole.

The city center is made up of two different locations, Marilleva 900 and Marilleva 1400. The first, located at 900 meters above sea level. and lying on the right bank of the torrente Noce, is equipped with parking lots, services and a large residential area cut by a covered personal road that connects the town to the various sports facilities; the second, higher than 500 meters, is the center of all the ski lifts, which in turn connect the center with Folgarida and Madonna di Campiglio, creating on the whole over 120 km of ski slopes.

The origin of the name of Marilleva does not fail to be shrouded in curious legends: according to one of these, it was born from the “Mari Levà” (that is, “husband, get up!) Shouted by a disheartened wife to a lazy husband.

The legend, like the economy, is linked to the pastoral origin of the valley, which however underwent a very important turning point following the enormous tourist expansion experienced by the Val di Sole towards the end of the 60s of the last century.
This rapid innovation is in fact also testified by the recent architecture of the place itself which, based on glass and concrete, represents a clear departure from the constructive customs of the valley.

The connection between the two centers of Marilleva is guaranteed both by a modern cable car and by a driveway.
Marilleva is also equipped with various sports facilities such as a stadium for night skiing, an indoor swimming pool and a large sports center located in the nearby center of Mezzana.