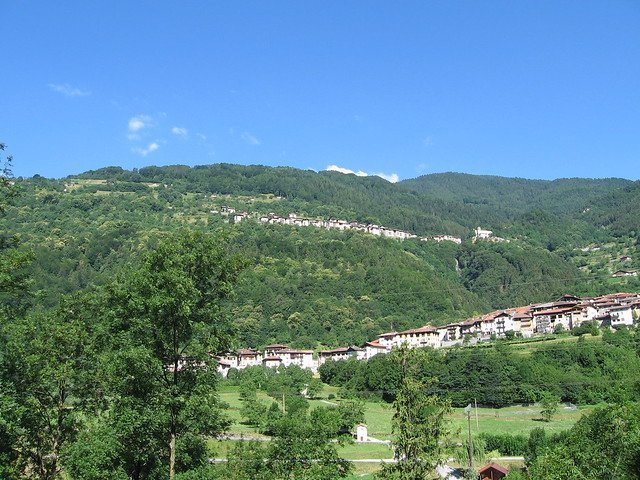 Condino is a charming town of just over 1,500 inhabitants located in the province of Trento, in the Valle delle Chiese, where the river of the same name flows.

Thanks to the numerous events that are organized throughout the year, the municipality of Condino has become a tourist center that registers influxes both during the winter and in the hottest months.
Lovers of culture, and more specifically of art and architecture, will be able to admire the numerous perfectly preserved testimonies of the ancient administrative and religious center.
On the other hand, those who love to practice sports and keep fit even during the holidays, can take advantage of the activities that take place inside the municipal gym, practice football, tennis, swimming or sport fishing.
Leaving the town, you can take pleasant walks along the river, which allow you to be in contact with nature. If you follow the mountain routes, however, on foot or by mountain bike, it is possible to observe splendid alpine landscapes that occasionally host some huts, in which the mountain pasture period is still practiced today, as handed down by the traditions of the place.

Of particular interest is the recently restored Palazzo alla Torre, which today houses the Town Hall, in whose council room there is a work by Marco Furri.
The churches of San Lorenzo, in an isolated position on top of a hill, and of San Rocco, preserve, in excellent condition, some frescoes attributed in part to Baschenis.
The church of Condino, dedicated to Santa Maria Assunta, dates back to about 1200, which was included among the buildings of national value. During the First World War it was initially used as a military hospital, and a few years later as a refugee center. Since the early 1920s it has been reopened for worship.
Those who want to stay in Condino can choose between three-star hotels and numerous apartments that are rented to families, couples or groups of friends.

Every year, an international chess tournament and a big party are organized in the town on the occasion of August 15th.

Who decides to do one holiday in Condino, in addition to enjoying the historical and artistic beauties of the town, the natural beauties of the surroundings, practicing sports activities and socializing during the courses and events organized for tourists and residents, cannot fail to taste the typical traditional dish of place: la polenta carbonera. At the base of this dish there are yellow flour and buckwheat flour, to which the butter produced with local milk, salami and different types of cheeses are added.

The town boasts considerable importance in the cultural and artistic fields, but also in the sectors of industry, craftsmanship and commerce. The sectors that thrive the most are timber, paper production and metallurgy. The architecture of the buildings and the urban organization is typical of the Giudicariese.