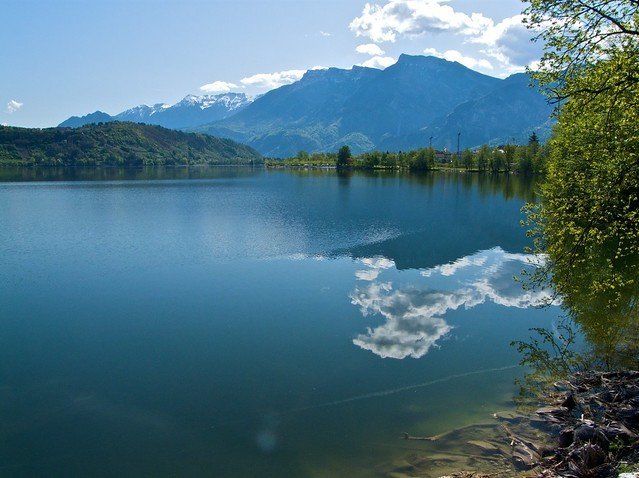 For a holiday in contact with unspoiled nature, the ideal destination is Valsugana, a splendid valley in south-eastern Trentino, bordered to the south by the Asiago plateau and the plateaus of Folgaria, Lavarone and Luserna, and to the north by the Lagorai chain.
The valley is crossed by the Brenta river, which springs from the beautiful lakes of Levico and Caldonazzo. Also in the Upper Valsugana, the Vigolana Plateau stands out, with a height of about 700 meters, rich in pastures and woods. Near Pergine, the capital of Valsugana, lies the Valle dei Mòcheni, where ancient popular traditions still live.

The Valsugana has an important historical past of which it still retains traces, since two armies faced each other during the First World War, and for this reason in the various villages of the valley some museums dedicated to war have been created, in addition to those of science natural and that of wood.
There is also no lack of artistic and architectural beauties, such as the majestic castles perched on the cliffs: the Pergine Castle, the Ivano Castle and the Telvana Castle.

But the aspect that most attracts tourists is certainly the possibility of practicing a variety of sports and outdoor activities. In addition to the cycle-pedestrian path that reaches the Tyrol, there are numerous paths for trekking, mountain biking, or horseback riding.

The Valley is also a destination for lovers of free flight, paragliding or hang gliding, and of course for skiers, who in the winter season can have fun in the two ski resorts or in the various cross-country ski tracks. For the more adventurous there is also climbing on ice falls, in Pieve Tesino.

In Valsugana there are numerous accommodation facilities where hikers can comfortably stay, such as refuges, bed and breakfasts and farmhouses.

Don’t miss a visit to the Levico thermal baths, which offer beauty treatments and therapeutic cures.

The Lagorai chain, which offers visitors alpine lakes, springs, streams and waterfalls with crystal clear waters, represents an example of an environment still untouched by the invasion of tourism. In fact, there is a limited presence of accommodation facilities, especially in the medium-high altitude, where there are mostly huts and buildings used for haymaking and mountain pastures, such as huts, used for the production of genuine products. dairy.

Even the Vigolana massif still has a wild environment, which houses a single high-altitude structure, called Bivacco alla Madonnina. The easiest path to reach the top is the one that starts from the Maranza Refuge, at 1,067 meters, and once you get to the top you can enjoy an enchanting panoramic view of Valsugana and the Adige Valley.

A few kilometers from Valsugana is the Valle dei Mòcheni, also called “enchanted valley” for its natural wonders, but also for the numerous legends that are told around its history, in fact the inhabitants are a German minority who moved to the area during the Middle Ages attracted by the gold and quartz mines, and for this reason he still speaks the German language. Interesting to visit in the Mòcheni Valley is Maso Filzerhof, a Mòchena dwelling dating back to 1400, and the ancient mill of Frassulongo / Garait.