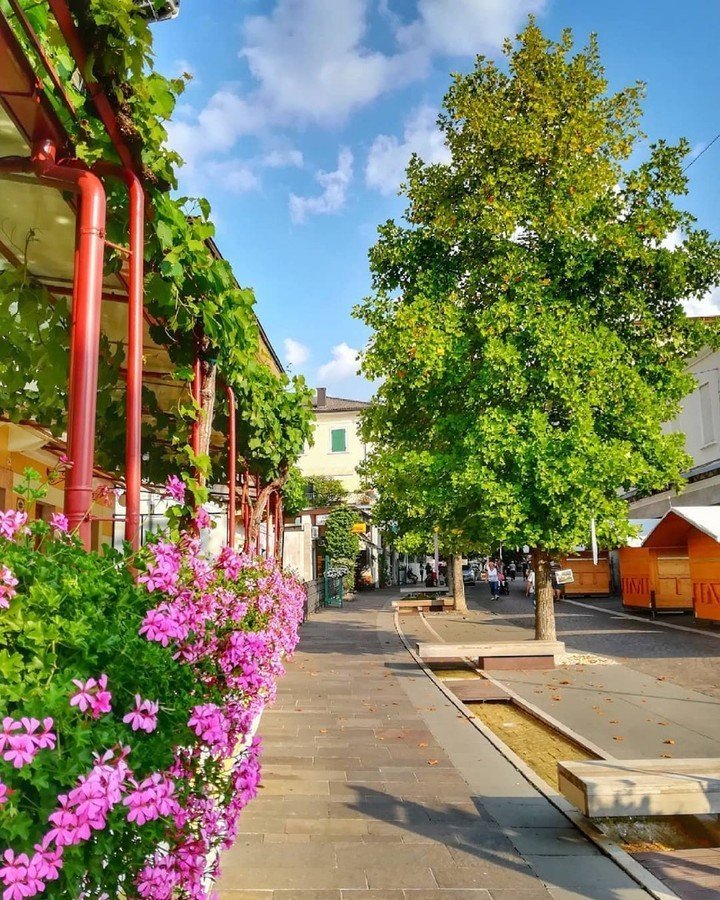 Levico Terme, about twenty kilometers from Trento, is located in Valsugana at an altitude ranging from 520 meters in the villages at the bottom of the valley to over 1,000 meters in the locality of Vetriolo.

Around Levico Terme (a city awarded with the Blue Flag 2013) rise the mountains of the Lagorai group and the Altipiani, made up of various peaks reaching 2,000 meters.
The town is divided into various hamlets, some overlooking the lake, others are perched on the slopes of the mountains and some villages, including the municipal capital, are located in the valley.
The thermal baths are the main attraction of Levico and the springs are located in the Lagorai mountain range from which cold waters with a high ferruginous content flow which makes them suitable for the treatment of airway problems, arthrosis, rheumatism, dermatological and gynecological diseases. . There are three spas in the area, located both in the valley and in the locality of Vetriolo at an altitude of over 1,500 meters, where the highest spa center in Europe is located. In addition to the classic treatments such as aerosols, thermal baths, muds and irrigations, there are also those practiced in the wellness and fitness centers inside the establishments.

The stay in Levico, however, allows you to enjoy a bathing holiday on the shores of the lake, to devote yourself to mountain tourism or to the classic white weeks.
On the shores of the lake there are two equipped bathing establishments, but it is also possible to relax on the free beach and have fun on the water by renting boats and pedal boats, or indulging in canoeing or kayaking.
For lovers of walking and trekking, summer tourism includes several routes that lead to Colle delle Benne, Castel Selva and towards the many fortresses that the Austro-Hungarian Empire built to defend its borders that ran right near Levico and, along the way, you can take a visit to the malghe to taste the typical cheeses of the area. For those who prefer physical activity there are tennis courts, tracks reserved for mountain biking, a bowling green and a mini golf course.

Winter tourism offers the possibility of skiing on the Lagorai group, in Panarotta 2002 or on the Vezzena plateau where there are four ski lifts and 18 km of slopes for alpine skiing, some tracks for Nordic skiing and routes to be done with snowshoes on your feet.

After dedicating yourself to the snow, relaxing a bath in the lake or beneficial thermal treatments, you can learn more about the locality by visiting the war cemetery which houses the bodies of a thousand soldiers from the First World War, but the ancient ones are also interesting. small churches of the Madonna del Pezo, the fourteenth-century church located on the San Biagio hill and the Madonna della neve di Vetriolo, from which you can enjoy the view of the Valsugana.

In the municipal area there is also the largest park in the region: the Parco degli Asburgo which reaches its maximum flowering in spring, but which can be enjoyed all year round, even in winter thanks to the typical markets held there; more recent is the Memory Park which remembers the Righteous who opposed racial crimes and genocides.
For your free time there are numerous shops where you can go shopping, resales of typical products and numerous restaurants where you can indulge in a binge of dumplings, gnocchi and polenta, accompanied by local Trentino wines. For after dinner there is no shortage of pubs and clubs with piano bars, while those looking for a nightclub must move to nearby locations.