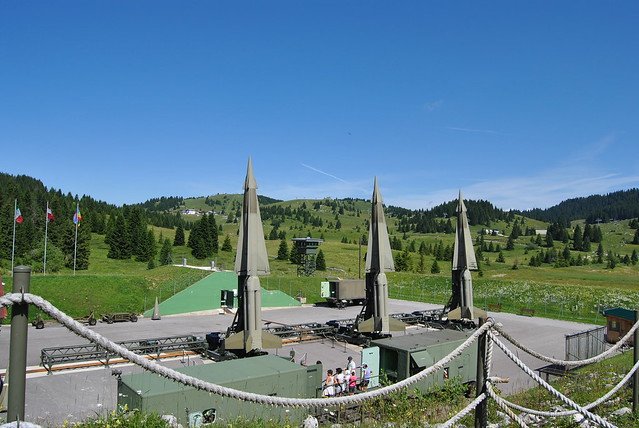 The Thunder Base was a NATO base, now abandoned.

Used in the past as a missile and operational base between 1966 and 1977, it is located in the Trentino highlands, near Passo Coe and at 1543 meters above sea level.
Since 2010, the base has become the property of the Municipality of Folgarida and is used as a provincial museum, and has recently received official recognition from the Air Force.

The defensive purpose:
The Tuono Base was active in the middle of the Cold War and was mainly used to counter any enemy air force formations or missiles coming from the Austrian areas. The base was part of the NATO control system and was the highest in the whole of Europe.

The Restoration:
With the end of the Cold War, the base underwent a progressive abandonment starting from 1978, which led it to be part of a project for the renaturalization of the area implemented by the Municipality of Folgarida.
Already in 2010 the first steps were taken for the museum set-up of the station.
The collaboration of the Air Force and the Trentino Historical Museum Foundation, in addition to the funding from the Province, allowed a restoration operation of incredible quality and which today is a precious testimony of the missile defense system used by NATO.
Currently it is a splendid museum that faithfully reproduces the missile positions, as a monoto to remember a still very recent past.

Opening period:
The base is closed for the winter period starting Sunday 3 November 2013, and will reopen its gates on Saturday 12 April 2014.
From April to June, Base Tuono will open on Saturdays, Sundays and holidays from 10: 30-12: 30 and 14: 00-17: 00, while the guided tours will take place between 14:30 and 15:45 . On midweek days the Base remains open for school groups and organized groups upon reservation.