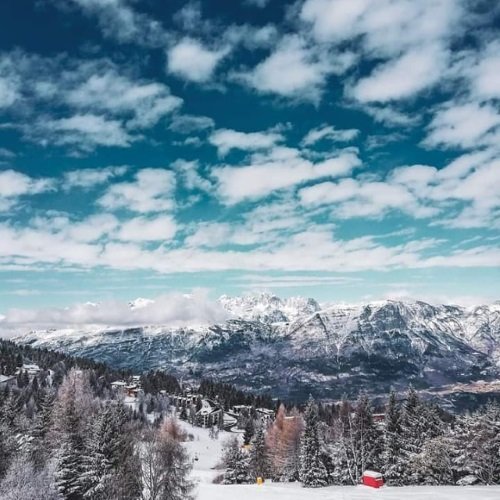 Trento is not only one of the most popular tourist destinations in northern Italy, but also a comfortable and exciting ski area located a short distance from the main roads.

In fact, only 15 km from the inhabited center is a real ski paradise easily reachable from the Brenner motorway: Monte Bondone.
With 4 ski lifts and a modern programmed snowmaking system, Monte Bondone guarantees the skiability of 21 km of slopes associated with the Skirama Dolomiti Adamello-Brenta skipas.
Alpine skiing, however, is not the only attraction of the mountain. In fact, there is an excellent cross-country skiing center in the enchanting and sunny Viote plateau: 35 km of beaten paths in the precious alpine flora and equipped with every service.

That of Monte Bondone is a very versatile ski area: in addition to the possibility of alpine or cross-country skiing, it is also possible to try your hand at ski mountaineering along the suggestive route of the Three Peaks, which connects the three main mountain ranges of the massif. In addition to this it is possible to go hiking with snowshoes, skate, practice curling, go downhill with sleds and allow your children to have fun at Kinderheim Vason and Viote.

Snowboard enthusiasts will also find plenty of fun. The Monte Bondone Snowpark, in addition to the classic jumps, rails and snowcrosses, also has an Olympic structure: the Super Half Pipe, whose dimensions reach 120 meters in length by 5 in height.

Every Thursday and Saturday evening, an event keeps some of the slopes open even at night: the slopes of Cordela, Diagonale Montesel, Lavaman and the Snowpark will be accessible from 20.00 to 22.30 thanks to modern lighting and the service of the ultra-modern chairlift that will be inaugurated. in December 2013.

Monte Bondone is a place appreciated both for its attractions and for its wonderful natural spectacle. From this location you can in fact admire a 360 ° view of the Brenta Dolomites and the other Trentino mountains. Bondone is also a ski resort of considerable historical importance: the first ski lift in the whole of Trentino was built there in 1934, marking an important moment for tourism and the culture of the place.