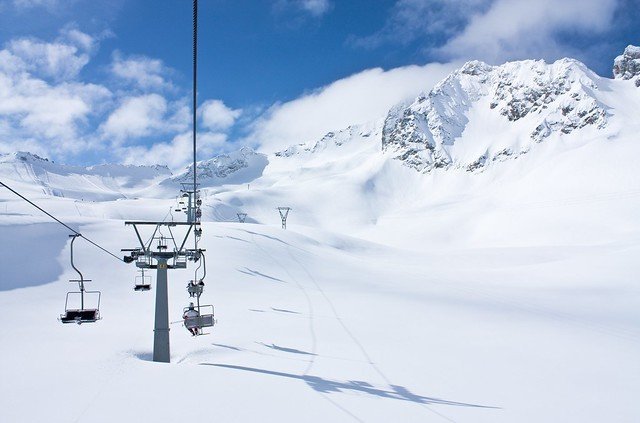 The Presena glacier is located in the Presanella Group, and has an altitude ranging from 2,700 to about 3,069 meters at the Presena peak.

The glacier is located south of the famous Passo del Tonale, a famous alpine pass in the Rhaetian Alps that connects the Val di Sole with the Valle Camonica.
Presena is famous for being one of the few Italian glaciers on which it is possible to practice summer and spring skiing, to be precise in the months from November to June; in the months of closure, the glacier is covered with special sheets used to protect ice and snow from the sun’s rays and consequently from the heat. Through this careful care, it has been possible to preserve an amount of snow that is estimated to be as much as 80%.

The imposing alpine peaks that surround the glacier make the landscape truly unique, offering a spectacle not only from a sporting point of view but also from a visual one. The summit is well connected through the use of a special cableway which reaches 2,585 meters at Passo Paradiso; the latter constitutes the entrance to the imposing glacier, which extends up to 3,069 meters touched by the beautiful Cima Presena.

Hardly a ski enthusiast could wish for a better landscape, thanks to the 9 different downhill slopes.
Yet the sporting opportunities that the glacier offers are not limited to this activity: trekking finds here a large following, favored not only by naturalistic but also historical interests.
The Presena was in fact one of the fundamental battlefields of the First World War as regards the famous White War that took place in Adamello, which saw Italy and the Austro-Hungarian Empire face off in a long series of bloody battles that stained the white whiteness of the alpine snow. The guided tours lead through trenches and positions used by armies along the beautiful Path of Flowers.
In more recent times, due to the thaw, it was possible to find new bodies belonging to the soldiers of the Great War, leading to the recent construction of the Brotherhood Monument as evidence of the rapprochement between the nations of Italy and Austria.

A small multimedia exhibition was also created with the aim of showing exhibits and promoting awareness of a place that not only has value from a tourist and sporting point of view, but was also the scene of atrocious clashes.

The Glacier is currently a destination for visitors from all over Europe due to its 120 kilometers of snow-covered slopes, suitable for the most demanding skiers and snowboarders. Among the most beautiful off-piste trails accessible on the Alps we find Madronde, Cima Venezia, Pisgana and Maroccaro, an incredible opportunity for those who dedicate themselves to freeriding.

Also very popular are cross-country skiing, skating and hiking, favored by the presence of numerous and enchanting paths.